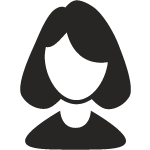 After I graduated from college, I started realizing what it really meant to be broke. I didn't have enough money to do a lot of the things that I had been wanting to do with my life, but my degree wasn't warranting a lot of job opportunities. I knew that I needed to do something in order to protect my financial future, so I started looking around for a money services business. I was able to find an amazing business that could help me to get by with a short term loan, and it was really incredible to work with them.

Silver coins are excellent collectibles. Not only do they have their own intrinsic value -- silver prices are quite stable -- but they also have their collectible value based on their rarity. Still, because silver is such a common metal, there are many fakes. Here are some basic ways you can identify fake coins.

1. Is the Coin Magnetic?

If the coin is magnetic, it isn't a silver coin. Silver coins are always non-magnetic; they can't be magnetized. This is a great way to simply identify whether or not the coin is silver at all.

2. Does the Coin Weigh the Right Amount?

Every type of known government coin will have a specific weight. Though there is some loss from handling, silver is not generally malleable enough to experience a lot of loss over time -- if the weight is off the known government weight, it may be counterfeit.

3. Is the Coin Polished and Shined?

If the coin is very shiny (and not protected within an original box), then it is not very likely to be old. More importantly, if it is old, it has been polished and shined. Very few coins retain value after being polished and shined, unless they are very rare. So even though the coin may be real, it may not have even close to its stated value.

4. Are the Details Right?

It's very hard to compare counterfeits to real coins. But there are ways that you can take a quick glance. With a jeweler's microscope, look at borders, edges, and other precise areas. Details are usually lost in counterfeit coins, such as stripes or stars.

5. Does It Pass the Acid Test?

There are acid tests that are available to test coins for silver content. This is especially useful when testing counterfeit US currency that is said to have real silver in it -- many currencies were printed in both silver and other materials, so only the silver coins are going to be the rare ones.

6. Are There Identical Coins?

If you're being sold a coin set -- such as ancient silver coins -- you need to take a look at the coins as a whole. If they appear to be identical, it's likely that they were pressed out of the same counterfeit die.

Naturally, the absolutely best way to identify a fake is to get it examined by an expert who sells collector coins for sale or who just does appraisals. Though you may want to conduct small trades on your own, after a certain point an appraisal is necessary -- otherwise you could be running quite a risk.